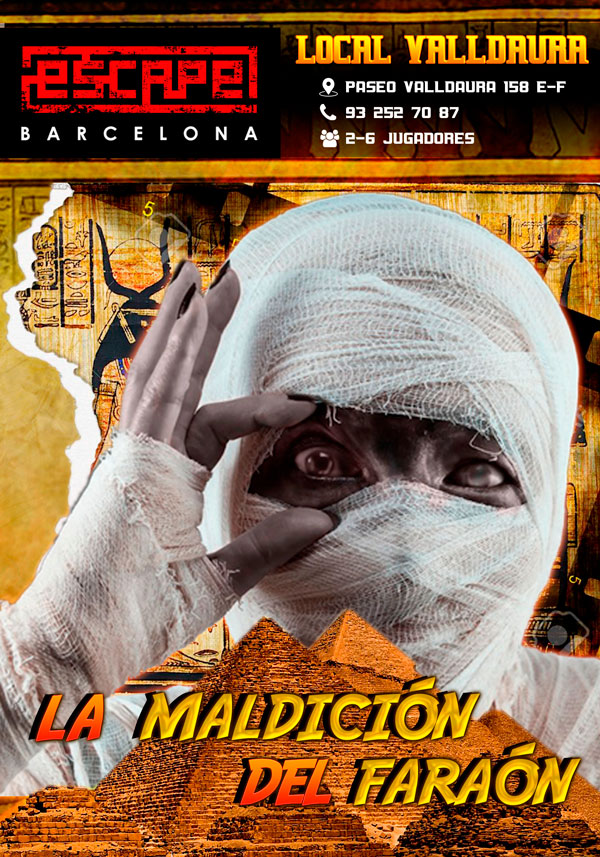 The archeologist M.A.Martinez has disappeared without a trace.

The last thing we know about him is that he had rented a little office in Cairo because he had discovered a crucial clue that would change the foundations of Egyptian history.

We know that the clue lead to pharaoh Tutmon’s tomb, lost thousands of years ago. It is one of the most searched and desired tombs of the world because the legend says that in the tomb of this powerful pharaoh a treasure of incalculable value can be found.

Your mission consists in the following: enter the little office of the archeologist, discover the way to access the tomb, solve the mysteries inside it and obtain the hidden treasure.

But be careful! The legends also tell that upon the tomb lies a powerful curse. Whoever takes longer than an hour to get out will be trapped for eternity, imprisoned by the curse.