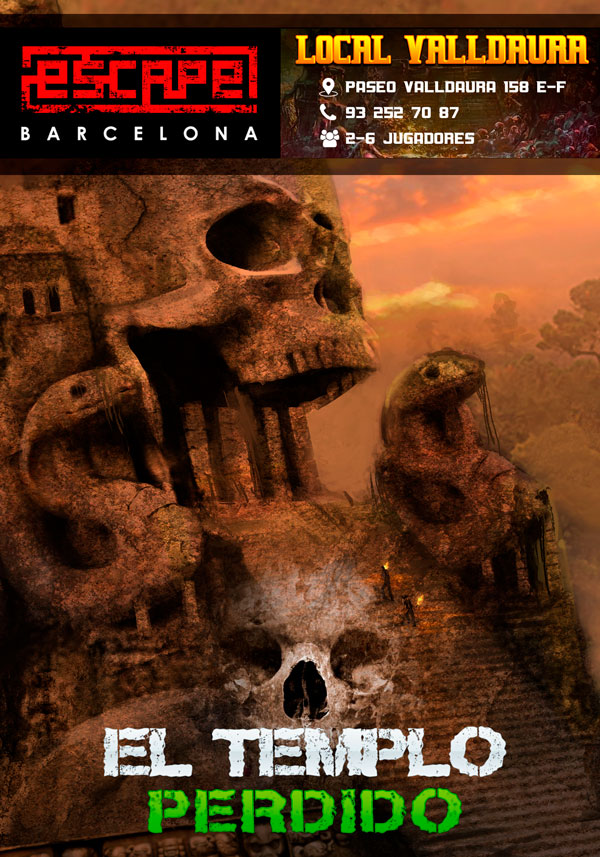 The Lost Temple has been found! Forgotten centuries ago, it was built by the Hicu Tribe to make blood sacrifices in honor of their Gods. In one of the sacrifices they obtained one of the most desired things by mankind: the elixir of eternal youth.

The explorers that discovered the temple have disappeared, but before leaving they left some enigmas to protect their belongings and findings from thieves and the Hicu.

Your mission consists in the following: solve the puzzles of the campsite to obtain the information they had, enter the lost temple and obtain the elixir of eternal youth, after solving all the tests that the Hicu left for those who dare claim the elixir.

Before you start your adventure, a warning! The legend says that every full moon night the Hicu come back to do their rituals. You have one hour before they come back and you end up as one of their sacrifices to the Gods.